Timothy Grimes, better known by his stage name Wise Intelligent, is an American hip hop musician from Trenton, New Jersey.He is a member of Poor Righteous Teachers. He released The Talented Timothy Taylor in 2007. His third solo studio album, The Unconkable Djezuz Djonez, was released in 2011. In 2012, Complex included him on the “50 Most Slept-On Rappers of All Time” list.  Read more

THE POLICE, CIA, FBI, NSA AND ALL BRANCHES OF THE DEPARTMENT OF JUST-ICE AND ALL LAW ENFORCEMENT ARE CRIMINAL ENTITIES OF THE SATANIC CABAL AND THEREFORE ALL AGENTS OF THESE DEPARTMENTS ARE GUILTY OF CRIMES AGAINST MANKIND AND AGAINST CREATION ITSELF. THEIR DAYS ARE NUMBERED AND THEIR FUTURES BLEAK. THE PIT AWAITS THEM AND DEATH SHALL NOT FIND THEM.

← Prev: Two Baphomets Who Hate REAL Men and Women Next: Welcome to the New Awakenvideo →

In the above video we see one of The Dead. This former female hueman is now transforming through a consensual... 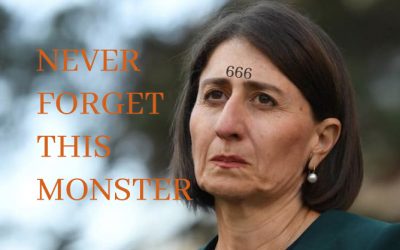