When you wake up in Sheol mason, think about that “free” aspect of your evil group’s name. Take an oath of death to a bunch of evil huemans did you? Not too bright. No, not bright at all. You gave away, for a promise of a few shekels more, what is the most precious gift your Creator gave you…your free will. You know…The Creator you do not know exists. You, enslaved mason, no longer know The Creator exists because of your own ilk and their systematic deception over all mankind…especially you mason…especially you.

Below:
Depraved masonic scum put little boys in wedding dresses and marry them. This video TELLS YOU what these sickos get up to in their nasty lodges…ALL lodges windowless…why? If you are a blue mason of the 4th degree or lower, this is your very souls last chance. Swear off your allegiance to your sicko satanic club and pray for your soul every minute of every day until my Father’s wrath. Those of you luciferic satanic scumbag masons in the know…you deserve all matter of evil that befalls you in life and in death and may the law of three be cast upon your head, creature of despair.

Lodges of darkness and locals waking up, below.

Below:
Criminally depraved psychos laugh at old woman with dementia getting her arm broken by their colleagues. Something far worse than jail is in their futures. All Fraternal Order of Pigs go to Sheol. Maybe after this, you will see why. “…and Death shall not find them…” You are known and no have place to hide. You who kill by the sword (gun) will be killed by the sword (gun). Those who imprison my Brothers and Sisters will be cast into imprisonment. Every hair on your head and deed you have done is known mason/pig. Good riddance masonic scum!

Enslaved masons are child traffickers and child adrenochrome blood harvesters.
This scum has “accepted” on their lie of a sign because these fools used to be BURNED AT THE STAKE for what they get up to. ALL truth revealed in these The Last Days of The Last Generation of Man.

Only use this link with your VPN turned on… https://yts.mx/movies/doctor-sleep-2019

IN LOVING MEMORY OF ANOTHER INNOCENT VICTIM OF FOP MASONIC BRUTALITY AND MURDER
REST IN PEACE KELLY THOMAS. Those who support the FOP are the enemies of all mankind. The biggest supporters of the FOP are, obviously, those employed/deployed as law enforcement officers (off i cers/off eye seers). If you are a pig reading this, or know a pig, you should quit “the force” (dark force) now, before it is too late for your very soul. By the way, more selfsoulsaving men and women are quitting the force now than ever before. Hanging up those badges as they only begin to see the evil they were a part of, coming into focus. These are the truly Blessed to no longer be a pig but instead to be upon The Right Hand Path and Truly accepted and Truly free. To turn one’s up-side-down pentagram upright once again, is to repent. When one repents in Truth they are forgiven and welcomed into The Light of Christ. Get some! 🙂

This is the story of several FOP masonic shit bag masons murdering an innocent man in cold blood.
Kelly Thomas was a schizophrenic homeless man who lived on the streets of Fullerton, California, until he was severely beaten by members of the Fullerton Police Department on July 5, 2011. Thomas was initially taken to St. Jude Medical Center in Fullerton after the beating, but was transferred to the UC Irvine Medical Center. He was comatose on arrival there and not expected to recover. He never regained consciousness. Medical records show that bones in his face were broken and he choked on his own blood.The coroner concluded that compression of the thorax made it impossible for Thomas to breathe normally and deprived his brain of oxygen.His parents removed him from life support five days later, and he died from his injuries on July 10, 2011. Orange County district attorney Tony Rackauckas gave a detailed account of the events during a press conference on September 21, 2011. Using digital audio recording devices carried by the officers, surveillance video from a pole camera at the Fullerton Transportation Center, and other evidence, Rackauckas provided evidence that Thomas did comply with orders from Officer Ramos, who had put on latex gloves and asked Thomas “Now see my fists? They are getting ready to fuck you up.” Rackauckas went on to describe how Thomas begged for his life, before being beaten to death.

Yes, the above video is horrific along with the nearly unbelievable story of barbaric sadistic masonic pigs brutalizing a defenseless and mentally ill man. Awakenvideo has this here to send a message to the sleepy who may still wake…masons are the mortal enemies of all mankind and they are in legion with satan himself. How else do you explain this story from the past which is now an every day occurrence from, your now, militarized pigs. They will soon see what happens to those who harm my Brothers and Sisters. Something is about to ignite and these pigs will be forced to hide or die. 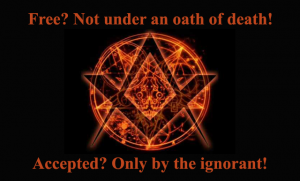 ← Prev: Healing For Autism and Vaccine Injured Next: Level →

Link to original animation video featured above. If you were moved by the video, donate to them.MASS MANIPULATION: HOW...