The UNITED STATES is a Corporation

The only way out is non-compliance.

Lincoln made first executive order as ceasar of the USA and made himself President Dictator and president of the Corporation ending the republic. We have been living under martial law ever since. FDR even passed law that all US Citizens are the enemy of the USA. The US is bankrupt and has been since 1933, The Receivers of the US Bankruptcy is the INT Bankers via the World Bank, UN, and IMF.

All US offices, officers and Depts are working under a “defacto” status only under the emergency war powers. This new form of government is known as a democracy (Instead of Republic), being an established communist/socialist order under the “The New Governor of America” – Congressional Record March 17th, 1993, Vol 33, Page H-1303. It is established fact that the US Fed Government has been dissolved under the Emergency Banking Act March 9, 1933 48 Stat. 1, Public Law 89-719 Declared by FDR.

Being Bankrupt and insolvent H.J.R. 192,? 73rd. Congress in session June 5, 1933- Joint Resolution to suspend the Gold Standard and Abrogate the Gold Clause – Dissolved the Sovereign Authority of the US and the official capacities of all US Gov Offices Officers and Depts and is further evidence the the US Fed Gov only exist today in Name only. US being in Martial Law since 1933 and as far back as civil war Senate Report 93-549 (1973).

US Citizens Declared Enemies of US By FDR ex ord 2040 and ratified by congress march 9th 1933 48 Stat 1. FDR changed the meaning of TRADING WITH THE ENEMY ACT of dec? 6th 1917 by changing the word “without” to citizens “within”the US. a Legal Name is a “Prisoner of War” Name. Fictitious “nom de guerre” name for a non-living entity: also referred to as the strawman and or transmitting utility. JOHN DOE – Name IN ALL CAPS which is format called Capitus Dimenutio Maxima.

Capitus Diminutio Maxima (Maximum Diminished Status) means that? a mans condition changes from freedom to bondage and becomes a slave or item of inventory – Blacks Law Dictionary Revised 4th Ed. 1968. A fictional persona being surety for the debt as fiction in commerce also known as “Ens Legis” which means “legal entity” It is non-human and “civilly dead”. That is not you… unless you are a fiction. Realize with your REAL EYES ;)”

Freedom is real and attainable. Thanks to Youtuber truthtrekker for this video and Youtuber mercer144 for this text.

“The UNITED STATES was formed in 1871, which controls only the District of Columbia and the territories it purchases or acquires; Puerto Rico, Guam, Virginia Islands.  Many think that income taxes and some laws do not effect people in the sovereign states of the union as they are outside of the control / jurisdiction of the United States corporation.  The United States of America is different from the “United States” [corporation].

The UNITED STATES is a private corporation with registered trademark.

The US corporation (originally called the District of Columbia) does not effect or control the 50 sovereign states that are protected from the federal government by the US Constitution for the United States adopted in 1788.

There are 2 United States, one formed in 1787, the collection of the several sovereign states of the union, and another separate and different one formed in 1871, which only controls the District of Columbia and it’s territories.  Others may can give you specific references and explain this further.  Here is an outline of the concepts.

The date is February 21, 1871 and the Forty-First Congress is in session. I refer you to the “Acts of the Forty-First Congress,” Section 34, Session III, chapters 61 and 62. On this date in the history of our nation, Congress passed an Act titled: “An Act To Provide A Government for the District of Columbia.” This is also known as the “Act of 1871.” What does this mean? Well, it means that Congress, under no constitutional authority to do so, created a separate form of government for the District of Columbia, which is a ten mile square parcel of land.”

Thanks to Truthseekers’ The UNITED STATES is a Corporation webpage. Please click the links for more information. Also see The USA Isn’t a Country, It’s a Corporation!

To look up the value of your birth certificate on the Stock Exchange, go to:
treasurydirect.gov/BC/SBCPrice
You are now on the ‘savings bond calculator’ page.
under ‘series’ try all EE, I, E bonds.
under ‘denomination’ try all $50 to $10,000.
under ‘bond serial number’ put the bottom numbers that are on your birth certificate. These numbers can vary on different birth certificates. Some numbers start with a capital letter and some numbers are in a series connected with dashes. Also try the number on the back of your Social Security card. Just keep trying.
under ‘issue date’ put the date you were born (month/year) ie…02/1982.
click on calculate.
view amount. 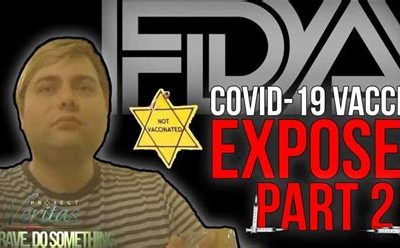 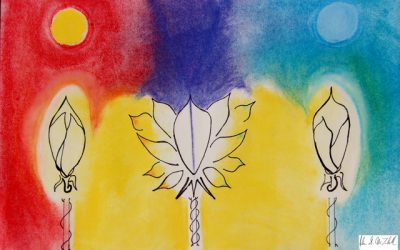