Peace/Love | Wisdom of the Elders

Uploaded by sepuste
Mauro Biglino translated 23 books of the Bible for the Vatican. He had to translate the Lenngrad Codex (the version of the Bible which all three major monotheistic religions – Cristian, Jewish and Muslim – recognize as the official Bible) from the Hebrew, word by word, literally and with no interpretation whatsoever. That is to say, he’s not a wannabe kabbalist, conspirationist or ufologist, since the official publishing organism of the Vatican approved and released those books, at least 17 of them. While working on the Bible, he realized that many of the stories this book tells where mistranslated, misinterpretated, mostly on purpose, in order to insert the notion of a spiritual, allmighty and unerring God. The picture he gives us of the bestseller of all times is surprisingly different from what we all were told. Actually, as soon as he released “THE BOOK THAT WILL FOREVER CHANGE OUR IDEAS ABOUT THE BIBLE – THE GODS COMING FROM SPACE”, the Vatican suspended all further publications of Mauro Biglino’s works: Let’s discover why! 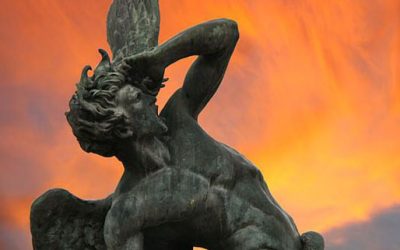 When The Euphrates Dries, A Third Of Mankind Dies