Link to original animation video featured above. If you were moved by the video, donate to them.
MASS MANIPULATION: HOW IT IS DONE

The video above, shows you ‘how’ they control you. The videos below, show you exactly ‘who’ they are. satanists/luciferians and their ‘breakaway society’ make up about 20% of the world’s population.

For starts, just look at this upstanding and friendly looking brother mason, Albert Pike. Lol, if this photo does not exude and personify evil to you, then most likely you are a squared mason automaton. This piece of hueman filth was not only Commander of all satanic masonry in North America, but this low life is also the creator of the K.K.K.. His other exemplary accomplishments include being a Confederate General and War Criminal. And yet, this masonic scumbag has his statue right across from the Department of Justice in the District of luciferian Columbia (City State that controls Magog). Or as I call it, The Department of Just Ice. (ICE I=eye C=see E=energy) ICE is the very acronym for the luciferian false matrix. Whether it is just-ice or in-just-ice, it is actually the same thing…just ice. When a nation like the former USA no longer manufactures much it is referred to as a “Service Country” because they can only serve ice, the illusion. Or, for instance, when either you or the court or legal system, want to state something important to each other, they make a notice or not-ice. This not-ice is stating something material that is outside of the luciferian false matrix. So, you see, The Department of Justice only turns real pain and real suffering into just-ice in their UCC court system by offering money (mono eye) to compensate the flesh and blood man or woman who is pretending to be a person/corporation. And because mono eye today, is not real but only pure fantasy…this department is truly in all senses…THE DEPARTMENT OF JUST ICE. What better way to celebrate the dumbing down of mankind by suppressing vital information in their satanic SECRET society, than to display the statue of a purly evil masonic piece of filth…Pike. I do suppose on those few occasions when a group of people look up to his statue and see a pigeon dumping a liquefied grey stream down Pike’s head…then, that’s the moment the statue is fitting.
(This video updated from the 45 min. episode to the full 5 hour version)

Below:
Depraved masonic scum put little boys in wedding dresses and marry them. This video TELLS YOU what these sickos get up to in their nasty lodges. If you are a blue mason of the 4th degree or lower, this is your very soul’s last chance. Swear off your allegiance to your sicko satanic club and pray for your soul every minute of every day until my Father’s wrath. Those of you luciferic satanic scumbag masons in the know…you deserve all matter of evil that befalls you in life and in death and may the law of three be cast upon your head, creature of despair.

Below: Rabbi Reuven tells the truth. Listen closely so you are not triggered. It is not so easy as to say…”all of something or a group of people, are all bad.” I have been to Israel and spent time there getting to know people. The Hebrew people of Israel are decent and good people on average, just like the rest of the world. It is this simple…When the Fallen came to earth, they parasited those who were here. Namely the Hebrews. Those Jews who claim to be Jews but are NOT Jews and DO pray in the Synagogue of satan/lucifer. These are the very seed of satan. But read and listen closely…It is NOT every Jew who is parasited nor behaves as a parasite but it IS a plague from within their race which remains and today, thrives. Those snakes that hide within the Hebrews take every seat of power from politicians to judges and, of course, within the police. However, be careful about ‘onewayism.’ There are GREAT weaknesses built into each race which are exposed like a tooth nerve might be exposed. And everyone is wearing that weakness on their sleeves to those who might see. Red or Blue, it is still a pill…made by who? Red is right hemisphere mind control. Blue is left hemisphere mind control. Take no pill. Wake up and see the purple light (which emanates from your third eye) destroy The Veil, which exists ONLY between the two hemispheres of the physical brain and the etheric mind. Notice now, how many images you see with Red and Blue divided in the middle. It is everywhere, just like the mind control is everywhere and everything. Wake…not woke 🙂 We love you huemans. More soon.

Did you happen to notice, in the above video, that the animated jogging man turns into a zombie without being bitten?

Here is an ink and chalk drawing I did for you. I hope it can be informative and healing. 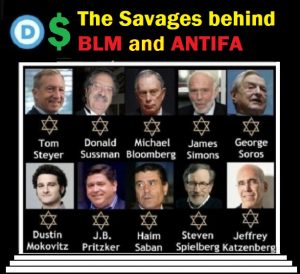 This 20% have infiltrated the hospitals. They are far madder than the legion of The Dead who are the witless victims of this breakaway satanic society of psychotics. Below is just a glimpse from behind the shadows this masonic scum hide in.

Tim Truth Channel on Bitchute There is so little time left. Find where you are to be for what is to come and get there...