Mary Rodwell is an Australian counselor who helps alien abductees and contactees. She works with a group called  ACERN – Australian Close Encounter Resource Network. Mark Schneider from Ohio Exopolitics and Mary Rodwell talk about some of her work with contactees and abductees and the multidimensional nature of human reality.

This is an excerpt from Mary Rodwell’s article “Awakening to Contact”:

“Since 1997 the Australian Close Encounter Resource Network (ACERN) has offered its resources to over five hundred individuals and their families.  The resource honours all realities, but specialises in ‘contact’ experiences, by which I mean experiences that involve contact with non-human beings.

Some individuals are consciously aware they have contact experiences, but some discover it through a personal crisis or unusual event.  The event acts as a trigger or catalyst, which catapults them into an awareness of this phenomenon.  The process generally opens up what could be called their psychic intuitive centers, and they may become conscious of not only the non-physical realm, but also their interaction within it.
I know many people, even those with professional training in the psychological field, who sincerely believe that the reason individuals contact  ACERN is because they are avid believers in UFOs and indulge in ET-related fantasies until they convince themselves that they have had contact.  However, my research suggests something quite different.  In fact the majority of people who resource  ACERN would definitely prefer to believe that their memories were all fantasies.  Some sincerely hope that I will tell them that their experience is a psychological aberration and that there exists a magic pill that will cure it.

But, of those who try medication, many find that it dulls their senses but does not stop their experiences.  The fact is that a majority of abductee/contact experiencers did not originally have an active belief in UFOs or ET contact, although they may have been more open-minded about the subject than most people.  Nevertheless, even for them, the prospect of believing that they personally have had some form of contact is just too bizarre.  For most of them, coming to terms with such a paradigm shift can take months or years and can be a time of great confusion and fear.  Imagine the shock to the psyche when, while exploring another issue, some unsolicited material emerges that suggests that they have had some form of contact experience and that, furthermore, it was directly related to another traumatic experience.

This was exactly what happened to a young man who came to see me a couple of years ago.  It is no exaggeration to say that on that day his reality – his personal paradigm – was changed forever.  That case, which is documented here, also illustrates some of the complexity of this work; how the therapist needs to be well informed, because of the unique idiosyncrasies of contact/abduction experiences.  This case also illustrates graphically to those who are sceptical or uninformed, that such experiences are not created by psychotic, deluded, or fantasy-prone individuals looking for a more interesting life.  Although there will always be such cases, most are normal individuals who are faced with paranormal experiences.” 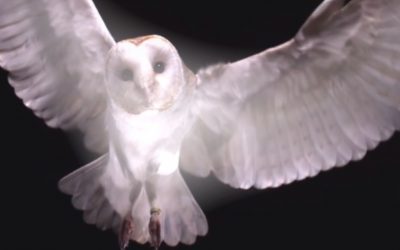