Holographic technology and predictive programming is getting us ready for a fake alien invasion.

HAARP: United States Patent # 4,686,605. Some of the possible uses for HAARP listed in the official patent include: weather modification, molecular modifications of the atmosphere, concentrations in the atmosphere could be artificially increased (for example: ozone or nitrogen), the earth’s natural magnetic field could be significantly altered in a specific area, missile or aircraft destruction, deflection, or confusion could result, particularly when relativistic particles are employed. High intensity, well controlled electrical fields can be provided in selected locations for various purposes.

Will HAARP be used to confuse the populace while NASA puts on their Fake Alien Invasion
with Project Blue Beam?

Rense.com posted this letter about a North Carolina HAARP storm that occured this summer:

Even though summertime lightning storms are fairly common throughout the Southwest, we here in Raleigh have had several unusually active electric storms this summer. I have lived in North Carolina for over ten years, and I can not recall ever seeing something quite this intense.

In the evening of July 20th of this year (2012), a particularly electrified storm passed through our area. The lightning was so intense, I dared not step outside in the thick of it. However, once things calmed down a bit I decided to venture out onto my balcony to see if I could get a couple of decent shots.

The attached collage is a sampling of some of the best images from over 30 I managed to snap in about an hour, as the storm was dying down. I was very happy with how the pictures turned out and decided to share them with you. Feel free to use the images as you wish. Thank you.

Note – It is not out of the question that chemtrail spraying and the resulting increased levels of metals in the atmosphere such as barium and aluminum are involved in these kinds of extreme displays. These sprayed aerosols are said by chemtrail researcher Clifforn Carnicom to turn the lower atmosphere into a ‘static plasma’ state that might be used electromagnetically by HAARP and similar technologies for many projects and applications. Natural lightning storms may feed off this rich ‘plasma’ medium and intensify accordingly. –Jeff Rense 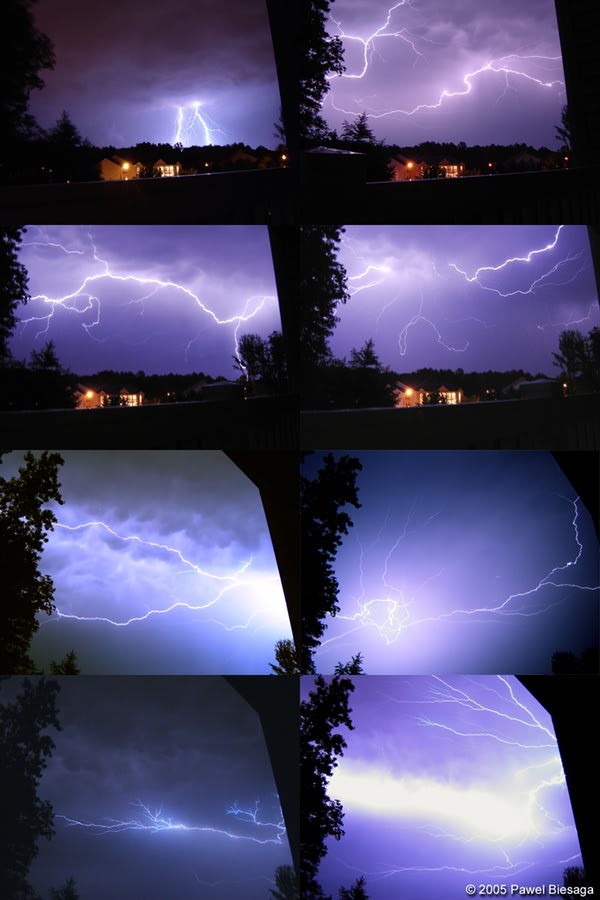 ← Prev: Earthlings - It Is Vegetarian Day October 1st Next: Spell →

Walk With The Mitchells Ep1

In Walk with the Mitchells episode 1, John and Bonnie talk about: Taking off the mask, the puppets Fauci and Gates,...

Heterodyne Waves are blasted across the United States by NEXRAD towers when they send out certain frequency pulses....