Here we see, yet again, these two insane creatures pushing their poison onto mankind and making demands for men and women to OBEY them. I state again. If even only 2 or 3 percent more men and women wake up and become conscious of what these two really are and what they have done against mankind, Billie and Mel would soon cease to be a problem.

At about 0:51 seconds in Billie says “we have to prepare for the next one…” and that is where you should look at its face to see Duping Delight of the psychotic homicidal variety. The image I refer to, I use for the thumb of the video below. Absolute Sheol-bound scum, both of them.

Once upon a time, there was something called science. It included thediscovery of truth about nature, the elements, the universe, etc. It waspracticed by honest and accountable practitioners called scientists andengineers. They often invented cool new things as a result of theirstudies, but generally they had no primal urge to use their knowledge todominate other people, groups or even entire societies….READ MORE

← Prev: Who Might This Be? Next: From Creators to Coupon Clippers - Benevolent Sequence →

Celebrate the Pure Blood that you are !!! The vaccinated are literally and scientifically, no longer part of our... 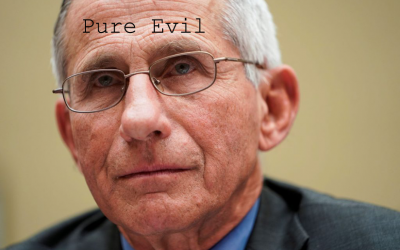 Buy your copy of The Real Anthony Fauci HERE We warned you all for years about this psychopath and the rest like it....