The News is FAKE

“I have been a journalist for about 25 years. I was educated to lie, to betray, and not to tell the truth to the public.” CIA Fake News is what you are watching on television. Dr. Udo Ulfkatte, a top German journalist, has just gone public with some shocking admissions: the entire mainstream media is totally fake!

Do not believe what you see on the News. It is a twisted, biased opinion not based in reality. The News is FAKE. There are no more main stream journalists who report the facts, there are only intelligence-supported actors who say what they are told to say. They promote the fear-based agenda of the controlling powers who push for war, death, and everyone living in a state of blind fear. In this way, they manipulate the masses to help create their fear-based reality.

If we break free from this mind control, we will be able to create our own beautiful world via unified consciousness. We are doing this one step at a time as more people wake up and realize we have been lied to since birth. It is time to wake up and take back our true power.

Thanks to Youtuber Robert Boudrias

← Prev: Forty Two Next: AwakenVideo is Back Online → 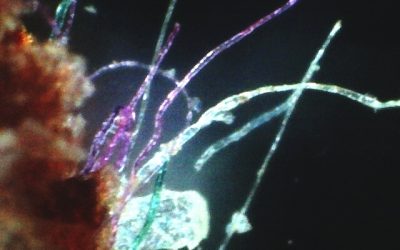 Special thanks for gathering this data goes to our good neighbor John P. S.I. Light 🙂 THANK YOU! More Links Here As...

Release yourself now - there is little time left. A great delusion has been cast upon the masses of sleepers. More...

https://www.anthonypatch.com/ Project Rooftop MUST READ PDF !!! What I tell you in the dark, speak in the daylight;...