This is the best video compilation of all the facts proving beyond a shadow of a doubt that Sandy Hook was a government backed False Flag Conspiracy to destroy the Second Amendment Rights. We are in the middle of a global Communist takeover called The New World Order. Marxists always disarm populations before killing them. Obama is a traitor and so are the rest of the representatives in Washington. They lie and will be coming for our guns no matter what. Satan’s children want to bring his empire into total control right now.
Obama uses Illuminati forewarning of Newtown event same day as event. youtu.be/1C5Jay9UtUs (video down)

Obama’s 1 year anniversary message about coming for your guns in the near future. Notice his nice calm sympathetic second amendment violating voice:

The scariest part of all of this… the people who actually believe this hoax is real.

This is a well produced documentary that details many of the inconsistencies of the Sandy Hook Elementary School event that took place in December 2012. The event that happened was in fact a HOAX.

A partial list of people complicit who have been critical in this hoax include:
Wayne Carver – Coroner
Ryan Lanza – “Brother” of Adam Lanza
J. Paul Vance – Spokesperson for State Marshall Commission

The string of hoaxes and/or false flags (all that have gained prominent attention in the news), all seem to be connected and/or overseen at the federal level. Tuscon 2011 (Operation Fast and Furious drug scandal distraction), Aurora 2012, Sandy Hook 2012, LAX 2013… maybe all of them created to distract the world from what an embarrassment the government has become in America.

Thanks to TPS for blowing the lid clean off the lies and cover-up, exposing the hoax and making the best documentary about Sandy Hook to date. Visit his channel in the links below for other important videos. Share this video with your friends, family, neighbors, and anyone who will watch with the extensions listed below, for Firefox.

* The comments have been great but, comments may soon be disabled due to the high level of dis-information propagators which have made things counter-productive. Obviously, the video speaks volumes and all some people can do at this point is agitate and propagate mis-information. Please visit the TPS Yuku forum to share your comments and learn moe *

2:39 – The staged dramatic video shot of police running at St Rose of Lima Church, for no apparent reason, was 1.5 miles away from SHES:
maps.google.com

← Prev: Sleep in a Faraday Cage Next: Kevin Annett - Letter to the "President" →

What Hueman Would Want This?

And in the end days as in the days of Noah, men (and women) will be full of evil spirits. The following are some of... 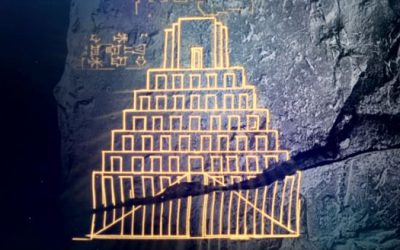 Dana Ashlie's youtube channel here It is all theater, just like always. Why would that ever change? Has there ever...