William “Billy” Foust, the man in this video series, was murdered by police on June 19th 2011 in his own driveway. Obituary at bottom of post.
R.I.P. Billy Foust you are sorely missed.

The District of Columbia Act of 1871

Initial review of the District of Columbia Organic Act of 1871 seems like it only sets up a local government (like Chicago or Seattle); how do you get that they formed a private corporation?

If you take the Act out of its historical context and, from the present looking to the past, imagine who the parties involved are, we might agree. However, we cannot do that; to best understand what really happened we follow our:

According to the United States Supreme Court those charter acts (first acts) were the official incorporation of the formal government of the District of Columbia as chartered by Congress in accord with the Constitution’s provision. Again, the Supreme Court called that body of government “a corporation”, with the right to sue and be sued. Since 1801 The District of Columbia has been consistently recognized as a “municipal corporation” with its own government.

Knowing the government of the District of Columbia was already “created into a government” and so formed into a municipal incorporation in 1801 under the District of Columbia Acts, we wonder, even with Congress’ constitutional authority to pass any law within the ten mile square of the District, how do you create, or incorporate, for the first time a municipal government that has already been in existence as a municipal corporation for over 70 years? The obvious answer is, “It’s impossible!” There is no way to pass an “Organic Act” when the Charter Act is already in place, because the two words (organic and charter) have the same meaning—The First Act. Even Congress cannot change history; though historians can make it appear to change by rewriting it for those unwilling to study the past from the records. The records speak for themselves only if we study them.

When you consider the historical facts, the only meaning left for the terms given in the opening paragraph of the District of Columbia Organic Act of 1871 (and that which follows) is, the municipal corporation that was created is a private corporation owned by the actual government. And the only government created in that Act was the same government any private corporation has within the operation of its own corporate construct. Thus, we call it Corp. U.S. We also note Congress reserved the right, granted them in the Constitution, to complete dictatorial authority over their Corp. U.S. construct, without regard for its internal operations or officers. Thus, Congress can use it within the ten mile square as they see fit.

We the People of the United States, menaced for the past 100 years by collectivist trends, must seek Revival of Our Strength by re-Educating Ourselves in the Spiritual Foundations, Principles and Ideals which are the bedrock of our Republic, the Principle and Conviction of the Sacredness of every Human Life, and in the understanding of Our Responsibilities in the care and maintenance of those Foundations. To that end is this HTML Edition presented.

“Government is not reason, it is not eloquence, it is force; like fire, a troublesome servant and a fearful master. Never for a moment should it be left to irresponsible action.” —-George Washington, speech of January 7, 1790 in the Boston Independent Chronicle, January 14, 1790

“The establishment of our institutions,” wrote President Monroe, “forms the most important epoch that history hath recorded. They extend unexampled felicity to the whole body of our fellow-citizens, and are the admiration of other nations. To preserve and hand them down in their utmost purity to the remotest ages will require the existence and practice of virtues and talents equal to those which were displayed in acquiring them. It is ardently hoped and confidently believed that these will not be wanting.”

In this era of world-wide social and political change, it behooves us, as never before, to know the fundamentals of our Constitution which, in times of stress as well as in peace, has provided the American people with a more enduring and practical government, and a greater degree of prosperity that any other people have ever had.

It is well to remember the words of James Madison as we search for Truth in Self-Government and in Our Understanding of this Great Document of Liberty, Freedom, Justice and Prosperity.

“A popular government without popular information, or the means of acquiring it, is but a prologue to a farce or a tragedy, or perhaps both. Knowledge will forever govern ignorance, and a people who mean to be their own governors must arm themselves with the power which knowledge gives.” — James Madison letter to W. T. Barry, August 4, 1822

“In proportion as the structure of a government gives force to public opinion,” wrote Washington in his Farewell Address, “it is essential that public opinion should be enlightened.”

Therefore, the purpose of this presentation is to make accessible to every citizen and his posterity such knowledge of the Constitution For The United States as will serve him well, in peace or war. But the means of acquiring the information essential to stalwart citizenship has never before been available to the mass of people in as practical and simple form as this presentation on the internet.

“Almost every provision in that instrument [The Constitution],” said a great jurist, ” has a history that must be understood before the brief and sententious language employed can be comprehended in the relations its authors intended.”

The simple plan of this presentation is to explain the Constitution by a note to every line or clause that has a story or drama from history back of it, or that has contributed during the -1678 years of our life under this document to the welfare of mankind. This method leaves the test of the Constitution and the Amendments in unbroken connection, so that the whole design is plainly seen as the explanation appears immediately under the part to be explained. In addition to showing the historic sources of particular provisions of the Constitution examples are also given to the application of the clauses in great matters which have arisen during our nation’s life. These decisions of the courts are brought down to the present day. They illustrate very clearly that the man in power has undergone no change and that without the prohibitions of the Constitution and the means of giving them immediate effect he would become as dangerous as he ever was to the safety of the government and to the rights and liberties of the people.

One who reads and studies closely the full explanation in the text will discover that each clause or word in the Constitution was carefully designed to protect the individual — his life, his liberty and his property. By a few, the erroneous belief has been spread that the Constitution is a barrier in the way of American progress. Actually the Constitution is a coat of mail which man himself has fashioned for his own protection, and which he has changed from time to time that the protection might be the more complete — protection against the abuse of power by his servants in the legislature or Congress, whom he may dismiss at election time or by impeachment, and against whose invasion of his rights he can appeal to the courts; against his executive officers, whom he may dismiss by impeachment or ballot; against his judges, whom he may remove for lack of “good behavior.” His government is not his master, as the king or dictator has always been, but his servant.”

William Foust, or Billy as he was known to his friends, was killed by a De facto policeman who was responding to a domestic violence call at about 6:00 PM on Sunday June 19th {2011}, which happened to be Father’s Day.

An eye witness says that Bill was attempting to leave in his property in his Ford Pickup –the one with a flame paint job on the side—when the policeman confronted him. Bill’s truck was on Bill’s property, known as B&T Marine, when the policeman engaged him.

The policeman, Shawn Wilson, pulled Bill out of his property and a confrontation ensued. The police say Bill was going for the officer’s tazer and the policeman shot him, and handcuffed him. Another De facto Page officer arrived on the scene. They removed one of the handcuffs from Bill’s lifeless body and performed CPR in an attempt to revive him. His body was transported to Page’s Banner hospital where they claim is where he died.

Bill is well loved and respected member of the Arizona Republic since its inception in July 2009 and was elected as its first Chief Justice. Bill became self aware and studied extensively. Bill was not an armchair quarterback and applied the principles of what he learned to his encounters with the De facto government. Bills penchant for understanding the law and justice can be seen on the youtube channel republicusagold and searched for under “Man on the Land Arizona”

Bill filed affidavit of political status, Uniform Commercial Code financing statement, a property list, power of attorney, commercial security agreement, indemnity bond, hold harmless and indemnity agreement, non-negotiable security agreement, legal notice and demand definitions, along with a motion to dismiss with the de facto court in Kanab, Utah after receiving a security instrument from a de facto policeman in Kane County, Utah on July 1st 2010. Bill also refused to admit hearsay evidence into the court record including his date of berth. Bill uncovered that the court of Kanab was a corporation and that the head judge, who also threw Bill in jail, was the general manager of the corporation known as the Kane County Court.

It is said “in order to be a great man, first you got to be a MAN” Many of those who knew Billy would tell you he was unequivocally a great man.

← Prev: Hollywood Hypocrites Next: How Stupid Are The Police? You Decide. → 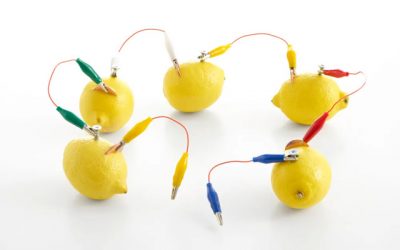 Possibly, seemingly insignificant. This, however, is exactly the evidence we are searching for. In this...