Ed Grimsley has been seeing battles between unknown aircraft in the night skies since he was a teenager.

He has seen hundreds of these objects recently and using his five Military grade night vision binoculars he has invited many people to come to his areas and view the objects in earth space shooting it out.

Using his night vision glasses, even skeptics who thought he was ‘seeing things’ have now been convinced that what Ed Grimsley has been trying to tell people about all these years is very real.

Contact Ed Grimsley for the next time he is having a night vision skywatch. [ed[at]edgrimsley[dot]com] 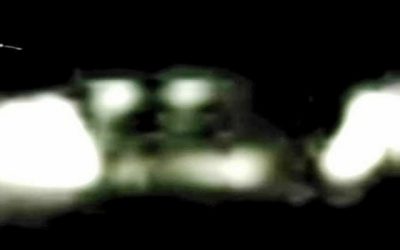 Aliens Caught On Video In Turkey 2009

This one was lost in the closet. Here it is for those who may have missed it.