Truth about the Mexican Swine Flu

Dr. Leonard Horowitz reveals the shocking truth about the H1N1 swine flu. “This is an urgent news bulletin about a new flu that is said to be making its way from Mexico into the United States as I broadcast (2009). Sky rocketing stock values at NOVAVAX, Inc., precipitated by dozens of flu deaths in Mexico, implicates a leading Anglo-American network of genetic engineers in a conspiracy to commit genocide. Dr. James S. Robertson, England’s leading bioengineer of flu viruses for the vaccine industry and avid promoter of U.S. government funding for lucrative biodefense contracts, along with collaborators at the U.S. Centers for Disease Control (the CDC), helped NOVAVAX, Inc. in Bethesda Maryland produce genetically modified recombinants of the Avian, Swine, and Spanish Flu viruses H5N1 and H1N1 nearly IDENTICAL to the unprecedented Mexican virus that has now spread to the United States. The outbreak was precisely timed to promote the company’s new research and huge vaccine stockpiling contracts. Scientists at the CDC are implicated through collaborations and publications involving private contacts with NOVAVAX. A company that attains ‘biosimilars’ through the CDC influenza branch director Ruben O. Donis and Dr. Rick Bright, previously working with Donis at the CDC, now NOVAVAX’s vice-president of Global Influenza Programs.”

← Prev: There is NO Income Tax Law...Period Next: Eric Pearl Reconnection → 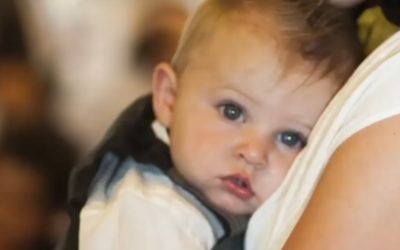 Krystle Cordingley mourns her son Corbyn who died 14 hours after a flu shot. The hospital tried to cover up what...