Can We Get Some Water Over Here? It’s The Barry Soetoro Show !!!

Quality of video is terrible…probably the worst on the whole site…BUT, the content makes it all worth it. Another great example of one of these actors pretending to care. They Truly haven’t a care in the World nor in their hearts.

HERE ARE FACTS MOST DON’T KNOW, BUT SHOULD

5. The United States does not have any employees because there is no longer a United States! No more reorganizations. After over 200 years of
bankruptcy it is finally over. (Executive Order 12803)

10. According to GATT (The General Agreement on Tariffs and Trade) you MUST have a Social Security number. (House Report (103-826)

13. Your Social Security check comes directly from the IMF (International Monetary Fund), which is an agency of the United Nations. (It says “U.S. Department of Treasury” at the top left corner, which again is part of the U.N. as pointed out above)

14. You own NO property. Slaves can’t own property. Read carefully the Deed to the property you think is yours. You are listed as a TENANT. (Senate Document 43, 73rd Congress 1st Session)

15. The most powerful court in America is NOT the United States Supreme court, but the Supreme Court of Pennsylvania. (42 PA. C.S.A. 502)

16. The King of England financially backed both sides of the American Revolutionary War. (Treaty of Versailles-July 16, 1782 Treaty of Peace 8
Stat 80)

17. You CANNOT use the U.S. Constitution to defend yourself because you are NOT a party to it! The U.S. Constitution applies to the CORPORATION OF THE UNITED STATES, a privately owned and operated corporation (headquartered out of Washington, DC) much like IBM (International Business Machines, Microsoft, et al) and NOT to the people of the sovereign Republic of the united States of America. (Padelford Fay & Co. v The Mayor and Alderman of the City of Savannah 14 Georgia 438, 520)

18. America is a British Colony. The United States is a corporation, not a land mass and it existed before the Revolutionary War and the British
Troops did not leave until 1796 (Republica v. Sweers 1 Dallas 43, Treaty of Commerce 8 Stat 116, Treaty of Peace 8 Stat 80, IRS Publication 6209, Articles of Association October 20, 1774)

19. The United States is a corporation:

21. The Pope can abolish any law in the United States (Elements of Ecclesiastical Law Vol. 1, 53-54)

27. Military dictator George Washington divided up the States (Estates) in to Districts (Messages and papers of the Presidents Volume 1 page 99
1828 Dictionary of Estate)

30. Everything in the “United States” is up for sale: bridges, roads, water, schools, hospitals, prisons, airports, etc, etc… Did anybody take
time to check who bought Klamath Lake?? (Executive Order 12803)

31. “We are human capital” (Executive Order 13037) The world cabal makes money off of the use of your signatures on mortgages, car loans, credit cards, your social security number, etc.

32. The U.N. – United Nations – has financed the operations of the United States government (the corporation of THE UNITED STATES OF AMERICA) for over 50 years (U.S. Department of Treasury is part of the U.N. see above) and now owns every man, woman and child in America.

The U.N. also holds all of the land of America in Fee Simple. Source: home/iae.nl/users/lightnet/world/essays.html

These documents are not secret. They are a matter of public record.

Simple words such as “person” “citizen” “people” “or” “nation” “crime”
“charge” “right” “statute” “preferred” “prefer” “constitutor” “creditor”
“debtor” “debit” “discharge” “payment” “law” and “United States” doesn’t mean
what we think it does because we were never taught the legal definitions of
the above words.

The illusion is much larger than what is cited.

← Prev: HAARP Frequency Pulsed from NEXRAD on the Ground Next: Wake Up and Break Free from the System → 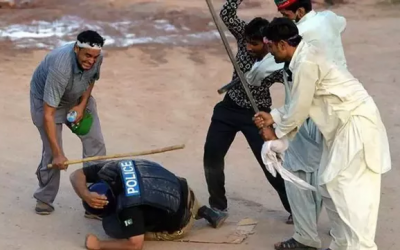