Welcome to your fake matrix world. In case you would like to take a look at this same footage from another source, there are many other sources, we have embedded one such video below. The wing goes behind the building @ 3:22 in the video below. A wink is as good as a nudge to a blind bat. All credit for finding this anomaly goes to

Sknyliv
The worst airshow accident in history occurred on July 27, 2002, near Lviv, Ukraine. More than 10,000 spectators were gathered at Sknyliv Airfield to watch the aeronautics commemmorating the 60th anniversary of the Ukrainian Air Force’s 14th Air Corps. A Ukrainian Air Force Sukhoi Su-27, a twin-engine Russian-built jet fighter, was performing an aerobatics roll when the pilots lost control and the pilots ejected as the plane shot downward. The plane initially hit the ground in an area free of spectators, but burst into flames as it cartwheeled into the crowd. Seventy-seven (77) people were killed, including 28 children, and 543 people were injured. Ten of the injured were permanently disabled. The pilots, who survived with minor injuries, were sentenced to prison terms on charges of negligence and failing to follow orders. The airfield is now Lviv International Airport, which now welcomes nearly half a million passengers each year.

Just one problem. The video below demonstrates that within minutes…minutes…tel-e-vision news was broadcasting computer(?) generated fake images, allegedly from the scene. One might wonder after viewing the below video, what could possibly pull this off and how? I hope you will go check out my longtime friend’s channel here.

Your world is not what you think it is human.

← Prev: Wake Up and Break Free from the System Next: The Deadly Truth About Fluoride →

Release yourself now - there is little time left. A great delusion has been cast upon the masses of sleepers. More... 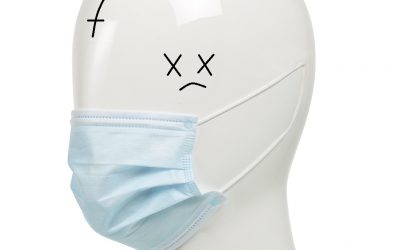 https://www.anthonypatch.com/ Project Rooftop MUST READ PDF !!! What I tell you in the dark, speak in the daylight;...

Crimes Against Humanity – Scamdemic is OVER !!!